If only we could accomplish all the things we plan in a day.  Seems like our responsibilities as sisters, mothers or otherwise often interject forcing us to veer off our planned course.  That is not necessarily a bad thing though.
After my last entry on Wednesday, Thanksgiving Eve, my sister's car broke down.  My husband, who is the most giving person I know, accompanied me to her house to try to fix her car.  Unfortunately, it needed more parts than we could get that day.  I'm the oldest sister and she needed to be able to go to work on Friday.  I find my responsibility as the eldest sister much akin to being a mother.  I just can *not* watch any of my sisters (or sistahs for that matter) in need and carry on with "business as usual".  As family, it is my belief that we rise or fall together.
On Thanksgiving day, I sat here wondering when my sister would arrive at our home with the parts needed for my husband to repair her vehicle.  She is most certainly notoriously late.  It wasn't until afternoon when she arrived but I was very happy to see her.  She could spend some quality time with my daughter, something that she doesn't get to do often because she works 2 jobs, 7 days a week.  Today was one of her only 2 days off for the year (unless she takes a planned vacation of course).  It was awesome seeing them play the Disney Princesses DVD game and just hang out.
Although I wished I could do more, we basically had to wait until my husband repaired my sister's vehicle.  Then I got a call from my brother...he was on his way to my house with a replacement part he bought to maintain my vehicle.  Now my daughter would see her uncle (who lives in another state 3 hours away) and her aunt.
After spending time with both of my siblings, and with my sister's car repaired, we all headed to my uncle's house and had a great Thanksgiving Day meal with more family members of all ages.  It was awesome !!!   It couldn't have worked out better had I planned it.
Now, I get to make plans for another day soon to do all that I had planned previously as those visits planned are definitely important.
So, go with the flow of life.  When life throws you scraps, make a quilt.
One Love, Se'Lah
Posted by SE'LAH... at 11:17 AM 1 comment: 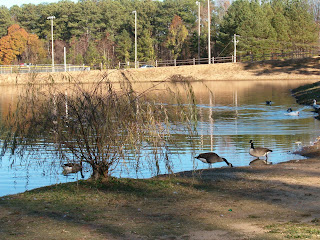 As I lay here across my daughter's bed, I can't help but try to process how much my life has changed in the last 7 years. It's like a new cycle of life has begun. I imagine I cannot put this new beginning in perspective without understanding the past. So, this moment of introspection is to start that journey.

A little over 7 years ago, I secured a job as a prosecutor. I accepted the position not because it was what I always dreamt of being. But, the prosecutor's office was hiring and I needed out of my job at the time because it felt like I had run into a dead end. I had to start walking down a new road, one which I had no map to.

As I sat in my dad's living room and told him that I had just received offer letter from the prosecutor's office, I could see the pride in his eyes. As vulnerable as I felt, I knew it was safe to tell him everything. So I poured out my internal dilemna, nervousness, and self-doubt that I could the job to the best of my ability. After all, I was born to be a defense attorney, a formidable one who would herald justice throughout the land. My dad would set me straight that day and give me just another piece of life's puzzle.

My dad explained how the prosecutor is the second-most powerful person in that courtroom, next to the judge of course. As the words rolled off his tongue, my interest was peaked. He continued, you must always prosecute fair with compassion, for on any given day, that could be you. Immediately, my grandmother's saying rang in my ears, "There go I but for the grace of God." I kept listening. Dad told me that I can still be a vessel of change, an even more effective one, because now I'll be in a position where I have more discretion in meting out a slice of justice. I wouldn't be a defense attorney begging the prosecutor to do something on behalf of my client in a plea bargain. (I was abundantly aware of the concept that the wheels of justice would come to a grinding halt but for plea bargains.) But now, I would be the prosecutor to whom the defense attorney was begging and, in that chair, I should prosecute fairly across the board and always with compassion. I could bring about justice for victims of crime. I could be the prosecutor who could sympathize with the situation of those in less fortunate circumstances. I wasn't going to win them all and there was no way to make everybody happy. But, I would get more trial practice because a prosecutor has to go to trial more often than most defense attorneys. With that said, I was ready to be a prosecutor. I had never real thought of a prosecutor's role in that way before that day but now I was ready to be one, and I was determined to do it well.