Dedicated to my "Circle"... 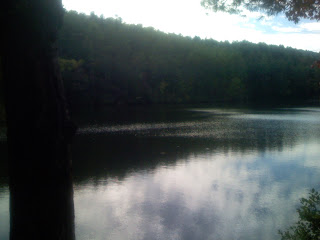 I call it my "circle" and it is as complex as the geometric figure. It is the eclectic circle formed by a diverse, multi-cultural, multi-national, multi-racial, multi-religious crew who collectively are the support beams of my life. They have all contributed, and continue to contribute, to my very being. This segment is dedicated to them.

We have, at some point, been stuck in our private hells and needed either an escape or to be rescued. We sometimes had to rescue ourselves.

We have been there through tears, laughter, worry, fear, insecurity, excitement, impulsiveness, heartache, heartbreak, sickness and loss.

We advise each other to "Be Still".

We love each other, support each other, keep each other's secrets, and some of us can only be trusted to keep certain secrets (you know who you are ;-).

Others had to create *vaults* to secure some of those secrets.

We are Rasta, West Indian, Black, Hispanic/Latino, African, African-American, Indian, and White. We are Irish, British, Monterratian, Bajan, Antiguan, Kittitian, Cruzan, Cape Verdean, Trinidadian, American, Jamaican, Polish, German, Puerto Rican, Cuban, Italian, Portuguese, and Swedish. We are Muslim, Jewish, Catholic, Jehovah Witness, Seventh Day Adventist, COG7, Baptist, Southern Baptist (there is a difference), Methodist, Lutheran, Nondenominational and Still in search of ourselves. And yet, we are so much more.

Foot planted in the sand and ready to sway to whatever music life plays.

I needed this today. Thanks for being the rock in a river of quicksand.

Thanks for being the branch, in the river of quicksand.

Thank you for being my friend and seeing me through a wild year full of changes.

I am glad to be included in the circle. It's a wonderful place to be.

I am always moved by your passion and love. Your friendship is a gift in my life that constantly reminds me of how blessed I am. Thank you baby. Wishing you a blessed New Year. 2009 is going to be amazing!

…And what an interesting circle it is. I love it. The bond that links us to your circle is your energy field. Obviously, we are all vibrating on the same frequency. Rather that frequency beats slowly are rapidly, I don't know, but we are in tuned to you and you are the base, the source, the tree trunk, and we are the branches that are also rooted within our own tree trunks – God. Can you visualize the connection of many branches actually touching with their own tree trunks embedded in the soil which is God?? Amazing!!

Energy has no beginning or no ending. It attaches and re-attaches itself to other energy fields. That's our Spirits. Our Spirits are eternal as God is. God has no beginning and no ending – Energy. We attract or add the energy to us from what’s already within us – God. You attracted me to you and I attracted you to me. Why? We are beating on the same vibration frequency and I'm so, so thankful to have you as part of my very Being. Because this is where love and life comes from. I (We) am/are the light as Jesus said! We give life to this universe as all living things do.

With your vision of so many triumphs from so many different Beings from all walks of life in your energy circle, I can’t help but to feel excited to know that so many of us are accepting and acknowledging our journeys to ultimate peace. So, no matter what our beliefs structures are; they are just structures, we are Beings having a human experience. No forms, structures or beliefs can compete with our Being especially once we become aware they are just that, beliefs of the mind, which is physical. How powerful it is to know that we have the power literally inside of us and that is our Being? I'm elated to be pulled, tugged and forced into your energy field from you and from me to you. I love you again and again! Happy New Year to all of you that feel this positive energy coming your way, always!

That is beautiful, thank you.!

This was a very touching and uplifting piece sis. Life can feel so lonely at times, but it's great to know that you are not fighting through it alone. Thanks for sharing. All best you and everyone in this circle!

To be apart of your circle, what an honor! We've adopted each other as "family" without prejudice and I could not have asked for a more meaningful relationship.

The members of your circle inspires me. In retrospect, the "human family" is comprised of the very elements of your circle. I'm inspired to not be afraid of being "different" but live life with an open mind because in our differences, we find strength.